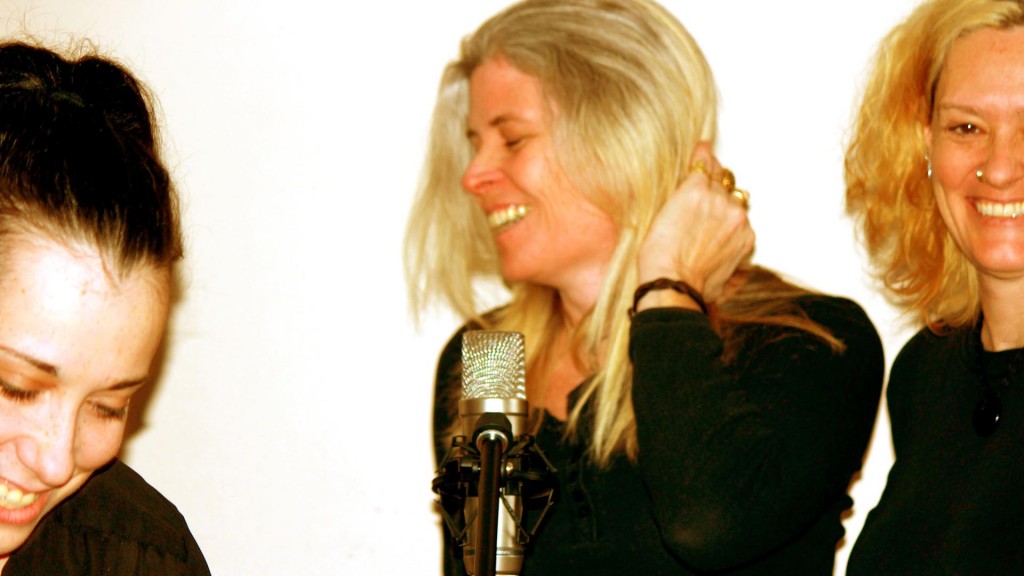 What is that they say about the best laid plans?

So, we finally did the big business handoff (scary) and told all my clients most of which were very happy for me.  We have two weeks before we hope to find out if we get the OAC funding for our big, three-year project(s) in Lanark County and Kingston or if we are going to Iqaluit for a year to work hard for lots of money.  Honestly, I am up for either challenge … they both would involve music and songwriting just one more than the other.  But one would take us far away from all of our musical friends and family in Ontario and on the East Coast.

I know!  You are wondering what band name we picked right?  So here’s the thing, we have a full album of half-written songs and all the structure in place to move forward and get that underway … but … we spent a bit of time focusing on Fluffy Little Cowboys, our alt-folk duo (because that will likely be our bread and butter music-wise for a little while) and this happened:

I have wanted to hear Keelin play fiddle on my Fluffy Cowboys tunes since I first met her at Long and McQuade in Summerside, PE about two years ago but I never pursued it because I had other priorities front and center (ie: Yo Mama). But, when Maureen got an email from Music PEI (she is a member) that they were looking for showcase submissions for this year’s May conference and that they were specifically interested in hearing from more women we thought, hmmm, why not?

One night demoing the song for Keelin and Maureen to learn and one day structuring and video-taping and we ended up with an experience that made Maureen and I both smile … a lot.

Sooo, new ensemble whose name is yet to be determined is not shelved but the Fluffy Little Cowboys are going to get the attention they have deserved from me since the beginning.  I have some old songs I want to resurrect and some new ones that need to take shape.  Hopefully we will be within driving distance in order to do that … otherwise the gears may shift again … or maybe the internet will become even more important to us than it already has been (long distance writing & recording).

Nobody said this would be easy or that the path is clearly marked.  I believe strongly in being open to the messages the universe is trying to give us and in responding to them appropriately.

For now we are going to spend some energy nurturing Fluffy and keep plugging away at the new alt ensemble and our new tunes/arrangements.  Both need a bit of time to breathe but one is way more ready than the other to hit the stage.

Interesting/Frustrating Things I learned this month: